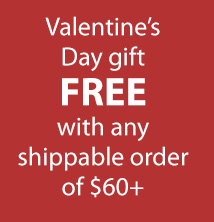 Bendy Carter's great grandmother was the town's seamstress, her great aunt sold knitted sweaters, her grandmother painted baptisteries for churches and created 7-mesh canvas, and her mother was published for her ceramic work. Raised in a family where women were professional artists, Bendy learned each woman's craft and a few extras; quilting, wood burning, stained glass, macrame, origami -- but it wasn't until a vacation trip where she saw her father's aunt crocheting that she embraced her heritage.

The idea that one could take a stick with a hook on the end and a piece of string and turn it into anything created endless possibilities. Her father's aunt taught her to make a single crochet stitch and her father purchased her a ball of yarn and a hook. That was all she needed.

After designing numerous single crochet patterns and inventing a few unknown stitches, Bendy's grandmother offered to take her to Annie's Attic. They got dressed up then drove the 45 miles to Annie's Attic for a girl's day out; shopping, lunch in the tea room, followed by more shopping. It was the first time Bendy had ever seen a crochet pattern and is a day she will never forget.

Bendy continued designing for her family and in 1999 found the courage to submit a design to Crochet World magazine. To date, hundreds of her patterns have been published in magazines, free leaflets and purchased by yarn companies, she has written more than a dozen crochet books, and has even designed for celebrities.

When asked what she does in her free time, Bendy laughed, "There's no such thing as free time; when you have hook and string there is always something to create."